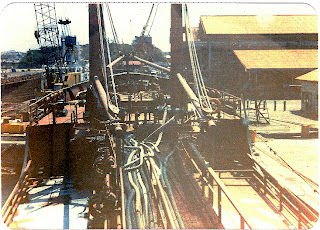 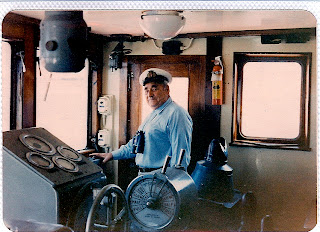 On April 1, 1981, while exploring a boat business opportunity in Miami, Florida, I was shown a drawing of the M/T MacVie. At the time the ship was in drydock in Curaçao, Netherland Antilles, undergoing repairs to her propeller and shaft. Apparently she had run aground while off-loading gasoline in a small bay on the coast of Barbados . The broker, Fred Driver, took time to describe the ship’s itinerary: “She picks up oil at the refinery in Trinidad and then sails to several islands in the Lesser Antilles to off-load her cargo. Meantime, the owner, Captain Vieweger—a Canadian from B.C.—and his wife live in Barbados in a lovely home. Once a month Vieweger flies to the island where the ship in off-loading to make the payroll. Occasionally, rarely, he sails with the ship. “ Then Fred Driver, with the ease of someone who had spent languorous afternoons under fluttering tents while sipping tea and watching cricket marches being played on lush green lawns, described Barbados in stunning detail and concluded with, “Barbados is very very British, you know. Not at all like bloody Trinidad where nothing works.”

I was hooked. Pocketing the drawing, I went to lunch alone to study it. By the time I finished lunch that April Fool’s Day afternoon in downtown Miami, I was captive to my imagination. In an instant my life changed; I had fallen in love. I returned to my motel and called Betty. With extra emphasis on living in Barbados, I described the ship and the business. She listened patiently and said, finally, “Go for it.”

One month later, with a letter of introduction in hand, I flew to Curaçao to examine the ship while she was in drydock. The pictures were taken at that time. The first was taken overlooking the forward end of the ship with its discharge hoses lying on the catwalk over the tanks, and the second is of 75-year old Captain Vieweger posing in the pilot house. It looked like a scary proposition, but with those cricket matches and all floating around in my head, I decided to "go for it."
Posted by Capt. Donald Kilpela Sr. at 12:22 PM