Part III: The M/T MacVie is OURS 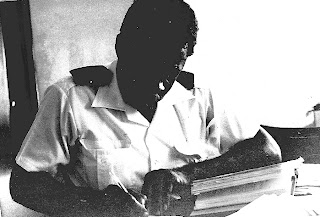 After Betty and I decided to “go for it,” we had to "go for the money." Local banks were out of the question but the late Alex Sample of the Houghton National Bank set me up with an appointment at one of their correspondent banks, Chase Manhattan, New York City. So off to new York I flew.

Chase Manhattan, in downtown New York, was nestled among several skyscrapers It was early morning when I arrived and the boys at the bank ushered me into the walnut paneled conference room to listen to my proposal. They asked some pointed questions which, I realized years later, were evidence of the fact that I didn’t know what I was doing: in short, an oil boat operating in salt water is as far from a fresh water passenger boat as an airliner is from a Piper Cub. After the meeting, Smiling, encouraging, apologizing ("Sorry, Mr. Kilpela, but Chase isn't interested in single ship deals, but we think this sounds great."), the boys ushered me out of the walnut panelled conference room and into the elevator. I was out of the bank before the sun cleared the building and hit the street.

Chastened but not defeated I began an almost quixotic quest to find the money. After a futile search for about a month, the ship broker set me up with Heller Financial in Chicago and, wow, I got the loan…at 24.3% interest. Remember, this was the early eighties and the prime US rate was over 18%. We were in business.

The ship was registered in Tortola, British Virgin Islands, so we had to set up a corporation there, Caribbean Shipping Ltd., which would actually own her. Off to Tortola I went to close the deal and re-register the MacVie. By four o’clock that July day, we were proud owners of the Motor Tanker MacVie. I headed home to prepare to move to Curaçao where the ship lay at a wharf in the Curaçao Dockyard. Aboard, a captain and crew who were now our responsibility to feed.

Like a fire dog hearing the fire bell, off I went to Barbados on my way to Curaçao to begin take over; a question I never asked was, did a make a wrong turn when I ran out of the firehouse?


Picture: with great care and exquisite handwriting, the ship registrar of Tortola signs the M/T MacVie over to Caribberan Shipping Ltd.
Posted by Capt. Donald Kilpela Sr. at 12:14 PM